The idea graduation process or funnel visually identifies the ideas with the most potential for impact in your organization and filters them based on progressively selective stages.

The top ideas move through the idea funnel in configurable stages, based on criteria such as the number of views, discussions, favorable ratings and reviews, and role-based approvals.

You can control the progression of ideas by setting automated graduation criteria, or you can manually advance the top ideas based on your own set of criteria.

For short challenges (measured in days), ideas are often ranked and selected after the idea submission phase ends; for longer contests, the automated criteria are more applicable.

Below is the Site Health page, which is under Dashboard > Idea Stages. Stages can be added, reordered and renamed on Administration > Idea Management > Idea Settings. 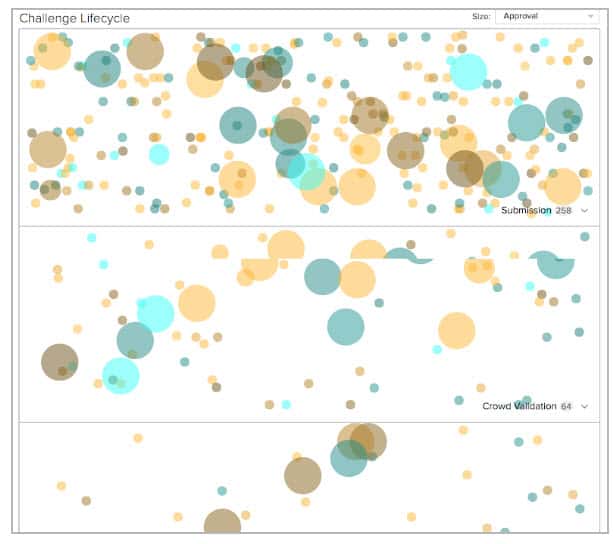 In each stage, an idea must reach certain graduation thresholds before it can graduate to the next stage.

You can customize the idea stages to change the stage names as well as include as many active stages as you would like. Once the idea has reached Selection or final stage, the Administrator makes a decision on the feasibility of the idea. The decision is made to one of two possibilities:

In addition, there are two closed stages (Implemented, Archived).

Planview Spigit allows a maximum of 12 Stages and 9 Phases.

Q. Are the last two stages always assumed to be Closed-Successful and Closed-Unsuccessful in that order?